Divorce: Can We Avoid It?

Marriage that most people are after does not always make married couple happy at latter stage of their marriage life. Later stages are often filled with temptation that may cause the marriage to be broken apart.

I don’t think married people want their marital life to be broken. Ideally they want to live hand in hand till the end of the world. However, hope remains hope and in the end the hope turns out to be something that shocks them badly. It is true that man proposes and God disposes. Future is not ours to see. We can only plan and execute it; the end result is not always what we want it to be.

Two of my neighbors living in back of my house have divorced.

Their houses happen to be next to one another. What has made me bewildered is that how come they were at the same time divorced by their husbands? As usual, in the neighborhood, gossiping is an easy stuff to do. When women or men get together, they tend to talk about others’ disgrace—divorce, adultery, other bad behavior and whatnot.
One of most common causes of divorce is cheating. It is either a husband or wife who cheats—for example, having an affair and finally he or she was caught red handed. When this happens, there is no other better ways but he or she files a divorce.

There are still many other causes of divorce like immaturity in marriage, not having genuine love due to their parents wanting him or her to marry a person of their own choice, having different goals, which lead misunderstanding in the future, and many more.

It is still possible for divorced people to become reconciled and get married again. I know some of my parent’s neighbors who experienced it. They were divorced and after some years came back to get married for the second time.

The bad effect of divorce is that when their children are still small. Some people decided not to divorce their wives simply because they did not want the children to become victims of the divorce.

TAGS : marriage life divorce broken home
Let us know how you like this article. Like it and Rate it below.
136 0
0
Thanks for rating this article
0 stars - by 0 user(s)

I am a mother of 2 children. I love writing in English, which explains why I have decided to write as many articles as I can.

What Is Silent Treatment And Why Do People In Relations

There are a number of reasons why a partner may decide to remain silent. On the other hand, the receiver of the silent treatment should try to find out why his/her partner has remained silent instead of reciprocating the same. 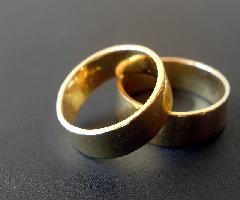 Men often boast that putting on a wedding ring attracts women but there’s more at play in my opinion. 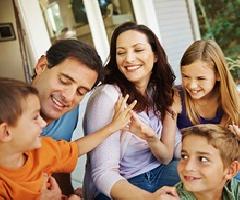 10 Qualities Of A Good Parents

Parenting skills are the guiding forces of a good parent to lead a child into a healthy adult, they influence on development, maintenance, and cessation of children’s negative and positive behaviors. Parenting takes a lot of skill and patience and is constant work and growth.