On the basis of social behavior and love -bonding between mother and offspring the all mammlian mothers can be divided into six constitutional types.

On the basis of social behavior and love -bonding between mother and offspring the all mammlian mothers can be divided into six constitutional types.

Now let us analyze the characteristic of each type and their impact on he personality of their children. Some of the outline boundary lines may be common in all the mothers but the distinctive psychological personality features and traits of each type are very marked and prominent to differentiate one type from the other. Their attitude and aptitude towards life and their children clearly differentiates them as distinct entities. Majority of universal mammalian mothers fall in this category. Their distinct psychological features may be enumerated as under.


These women are true mothers in the true sense of the word mother. They have very caring and nurturing attitude towards their children. They sacrifice their lives and their own comforts for the uplift and well –being of their children. These mothers have inherent tendency towards obesity. These mothers broadly crave for saltish and spicy things. They are protective towards their children. They bear a protective shell of security around their children. Some times this shell type or “hatching like protection” becomes greatest flaw/weakness of the personality of the child .when the infant reaches the age of teenage or adolescent; this undue protectiveness on the part of the mother engrafts a sense of dependence , weakness and inadequacy in the psyche of the child. This tendency halts the balanced personality growths of the child. The child starts feeling more and more sense of insecure and loss of confidence as he or she grows in years and his decision making power is greatly impaired. He starts searching for his childhood “mother figure” every where in the hostile society. When he does not find the exact mother figure in society he becomes mentally imbalanced and many mental disorders may arise in his or her psyche depends on his/ her social environment and surroundings. Beyond the security of his or her mother everything is fearful for the child. He becomes very fearful and scary. Such type of children has lot of fears in their lives. The fears of mothers are engrafted on the psyche of their children. To count some of the fears –fear of dark, fear of cats, fear of dogs, fear of insects, fear of night, fear of storm, fear of heights, fear of light etc. The homoeopathic medicines which are typical of such type of behavior of mothers may be grouped as
• Calc carb
• Kali carb
• Nat carb
• Nat Mur
• Phosphorous
This type of woman is easily impressed in argument and conversation. They have strong desire tobe mesmerized and magnetized. They are easily influenced by advertisements. Their will can be easily overtaken by another person. All their anxieties are alleviated when once you console such type of women. Their strongest fear is fear of storm. They may feel panic attacks during a course of storm or if caught unaware in storm.

These mothers are not mentally stable and balanced. These mothers are unduly perturbed about the safety and security of their children. These are very anxious and cautious and may become neurotic in their later life phase. The disposition of such mothers displays high sense of hypochondrical anxieties about their own health and health of their children. Anxiousness is not the same thing as carefulness. There is an element of anxiety in anxiousness. She is extremely cautious. This cautiousness and anxiousness makes her restless and conscientious. The conscientiousness and carefulness is manifest as an almost compulsive need or order making her extremely fastidious. These mothers are very anxious and apprehensive about the events of their children. They are full of anticipatory anxiety about their children. These mothers are very suspicious, fastidious and particulars about minute details. They are meticulous in their day today life dealings. They have mania for cleanliness and orderliness. Maniac traits in their personality are very predominant. In one concise word “sense of insecurity” is a marked feature of the personality of these types of mothers. The insecurity is itself a sycotic trait .so the mothers of this type are very sycotic in nature. The second of sycotic that these women mostly display is secretiveness. They make secret of everything even their own diseases from public view. .They have many warts and excrescences on their skin. The tendency to proliferation is strong in such constitutions They have abundance growth of hair on their body parts. Some women may possess curly hair. The following homoeopathic medicines comprise the true essence of these mothers and their personality traits.
• Ars
• Thuja
• Carcinocin
• Medorrhinum
The insecurities of mothers are engrafted on the psyche of their children. These children show traits of fastidiousness, cleanliness, orderliness, perfectionism in their social behavior. There are neurotic fears about germs and infections. These children may be seen washing their hands and biting their nails repeatedly and compulsively from an early age. Washing of hands repeatedly and biting nails are sycotic traits. These mothers and their children may display strong sense of religion and righteousness. Sex is either taboo for such children or there is naked and excessive tendency to masturbation.

There is only slight difference between the mothers of anxious and obsessive type. Almost same medicines come under this category as the anxious type. Anxiousness is to some extent is healthy trait but obsessiveness is altogether negative trait of mind. An obsessive personality is eccentric, disorderly or stero type personality which has no control on his wishes and intension. Repetitive actions and compulsive acts come under its purview. If an unwishful or insane idea enters into the mind of obsessive mother; than it does not easily leave the mind or washed away but mind constantly dwells on this idea .Rather the subject feels tortured by the reoccurrence of this idea. It is the neurotic state of mind in which mind has no control over the will of the person. This state of mind is just like the mad dog that runs amuck biting everyone who happens come into his way or near him. Neurotic mothers give birth to neurotic children is no secret now
.
Indifferent an apathetic type mothers

The homoeopathic medicine sepia is representative of such type of mothers. These mothers are prone to bearing sensations and prolepsis from the early age. Mentally these are very sad and depressed. One marked feature is that they have freckles on their faces, especially cheeks. They have always hormonal imbalance in their blood. These mothers are very irritable and sensitive to surrounding vibrations. They might be suffering from some disorder of the uterus, generally it is leucorrhoea. Their health problems are plenty and they are ameliorated by violent exercises or dancing. The human emotion of love and lust is perverted in this woman. The married woman has hatred for sex with his husband, as she is totally frigid. Her ( word removed ) remains dry even during embrace and coition. There are strong sexual inhibitions in her mind. She is very indifferent to her offspring and husband. The offspring of this type of woman is also vulnerable to sexual and hormonal imbalances. The girl child of this mother has lot of difficulties pertaining to her menstrual period. This woman suffers a lot from menopause from hot flushes of heat and headache. She lacks bodily heat and his feet are always chilly cold. There is irregular distribution of blood like sulfur in her body. The following homoeo medicines may comprise the essence of these types of mothers.
• Sepia
• Acid phos.
• Anacardium
The loss of memory in mothers and indecision leaves the indelible marks of loss of confidence and loss of memory in the psyche of children. The Anacardium is one of the known cruelest medicines of our materia medica. The Anacardium mother is mentally wreck. He is torn between two wills or two trains of thought. He is true schizophrenic. She is also very despotic and commanding not tolerating contradiction in the least. The neurotic attitude of the mother makes the child to loose all confidence in him or herself and becomes very nervous. He becomes irresolute. He starts becoming fearful of each and everything .The fear of failure grips the psyche of children and he or she becomes very nervous and shy type especially in the company of strangers and before the examinations. Slowly and gradually, anti social traits like adultery, cruelty, maliceness, contempt, revengefulness and lack of moral feelings become the hallmark of his/her personality. The child develops deep sense of inferiority complex. In the course of the development of schizophrenia the child develops split personality or two in one. He is constantly torn between good and evil, ugly and pious, to be or not to be. There is great sense of isolation, alienation and desert ness in the mother,. She feels alienated and deserted by all and sundry and eventually lonely. All his emotions becomes dry especially love emotion so he can not weep even at he death of his dear ones, Or even at the death of his or her own son or daughter. The reflection of his dry and dead personality can be seen on the psyche of her children in the form of indecision, two wills, lack of decision and loss of confidence etc. Timidity and bashfulness develops early in the behavior of children of such mothers. Such children may be seen always antagonistic with the self or contradict their own conceptions and ideas. They start developing highly contradictory impulsive behavior, the hallmark of true schizophrenia.

This type of mothers may comprise only 2% or less of all the mother types. These are very sensitive and instable in their emotions and mind. Their emotions are uncontrolled. There is string tendency to uncontrolled weeping and laughing. There is an element of Exaggeratedness in their social behavior. These women mostly suffer from vague pains and aches in their body and no laboratory investigation can confirm their complaints. Their complaints and sufferings are mostly imaginary and hysterical. Hysterical behavior is their safety mechanism to attract the fascinations and attention of their family members. We can find the types of such woman in following homoeo energies.
• Ignatia
• Moschus
• Valeriana
• Crocus.. 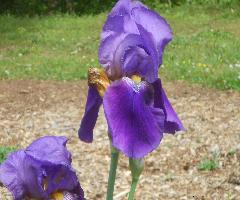 A Beautiful Day In The Neighborhood

Activities with family and friends are always a joyful experience, specially outings on a nice summer day.. 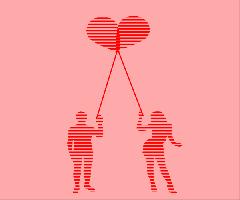 Some flirty but interesting questions you can ask a guy you have a crush on.

How Guilt Complex Is Evolved In Child's Innocent Psyche

The pangs of guilt complex are very killing, torturing and pinching. Medicines are no solution to resolve the mental complex.